Bosco Reach Out Awarded by NABARD

On February 22, 2019 Bosco Reach Out, Guwahati, was awarded a certificate of appreciation for quality implementation of Wadi project in Rongjuli block of Goalpara district during ‘State Level Award Felicitation Programme’ organised by NABARD, Guwahati at NEDFi Hat Auditorium, Guwahati.

On behalf of Bosco Reach Out, the award was received by Fr. Sebastian Ishorary, the Asst. Director of BRO and Ms. Minku Das, the Project Coordinator (Agri.) of BRO from Ms. R. Kakati Baruah the C GM, NABARD, Guwahati. Mr. Sanjaya Nand, the Chairman of Assam Vikash Gramin Bank, Head Office Guwahati, was the special guest of the programme.

The Bolgrim project, under Tribal Development Fund (TDF), has been in implementation since April 2013 in 19 villages of Rongjuli Block, Goalpara District of Assam. The selected economically backward 400 families have completed planting of 80000 rubber plants that are growing well. In order to uplift the economic condition of the beneficiaries, Self Help Groups and Farmers’ Clubs were introduced, where 52 SHGs with 567 members, while 11 Farmers’ Club with 220 members are actively functioning. Two Farmer Producer Organizations, namely, Nabajyoti Anchalik Krishak Samabay Samiti and Twelve Villages Farmer Producer Organization Cooperative Society Limited were formed at Rongjuli block of Goalpara district. At present, the two FPOs are producing and marketing bananas and brooms respectively. The project is funded by National Bank for Agriculture and Rural Development (NABARD), Assam.

Bosco Reach Out is a Social Development Organization of the Salesian Province of Guwahati, committed to the Integral and holistic development of the human person and rooted in the charisma of the Salesians within the church and the society. Bosco Reach Out is a non-profit, non-political, and non-religious body registered under the Societies of Registration Act XXI of 1860. 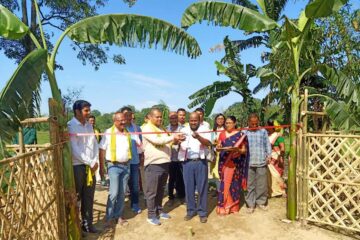 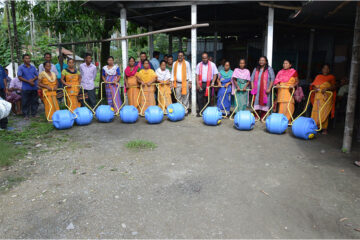